This is a question that normally assails us when the car no longer starts and we have to go somewhere. Luckily, you can always resort to calipers, roadside assistance or the typical push method. But, once we have got out of trouble, we must hit with the new battery that we are going to put.

For this reason, although we are not in this emergency situation, it is convenient to inform ourselves so that when the time comes don't catch us by surprise. A battery lasts approximately four years, except for the one that comes with the vehicle from the factory, which usually lasts much longer. However, there always comes a day when everything is over and the car does not start.

What battery does my car have?

Release there are plenty of batteries. However, not all are valid for our model. That is why we must have a good eye when we go to buy a new one and look at the battery installed in our car.

On Amazon there is a form that lets you select the car model you have and shows you the compatible batteries. You can access this form from this link:

There are three important numbers to keep in mind:

Indicates the amount of energy it can store Battery. The higher this number, the more capacity it will have, so it will take longer to fully download. Diesel and/or large engines require batteries with more Ah so as not to discharge in a few starts.

Related article:
How to charge the car battery: charger, maintainer or starter

cars with systems start / stop they also require more capacity, to compensate for the greater number of starts they have to make. Although there are also specially designed ones for that purpose, so check if it is indicated when you go to buy one.

Battery cranking power in A (Amps)

This is the intensity of electricity which is able to release the battery when activated. The higher this number, the more intense the current it generates and the more force the device can move. starter. As with the Ah, the A have to be more abundant in diesel and/or large engines.

Notice: Trying to fix starting problems with a battery with more starting power (A) is not recommended. If your car doesn't start properly and its battery isn't dead or in poor condition, the problem is most likely with other components. For example, diesel heaters. As we have told you before, the exception to this is especially cold climates.

V (Voltage) of the battery

Traditionally, the voltage in a conventional car is always 12 V, while in heavy vehicles it goes up to 24 V. Now there are also a few passenger cars with microhybridization with 24 V and 48 V batteries, although they usually keep the 12 V for conventional functions. These batteries with higher voltage are used to power electric motors with a few HP of power, which help combustion in some circumstances.

What happens if I put a higher voltage battery? This does not have to be done under any concept, because you would cause serious damage to the vehicle's electrical system. The vast majority of cars use 12 V, although in any case it is a value that is difficult to ignore because it is well indicated on all batteries.

You also have to pay attention to the position of the terminals, especially if the car is Asian. In many cases they are special batteries and we must be very careful when selecting a battery, since we can make mistakes.

If for whatever reason, you have no other option but to put a battery in your car with the terminals upside down, check beforehand that the cables of your car have enough length and space to put it properly or if it has the right hole to put it in the other sense.

When you put a new battery in your car, make sure it fits in the hole. As you may have seen, you can put batteries with a little more Ah and A in your car, within limits, but this usually means a larger size. Use the meter to measure how much space you have, before buying a different one.

It is not usual, but if the one you buy is smaller, you should also make sure that it will be well secured with the anchoring systems of your car. We tell you that it is not usual because you should not put batteries with less A or Ah than those indicated in your car. 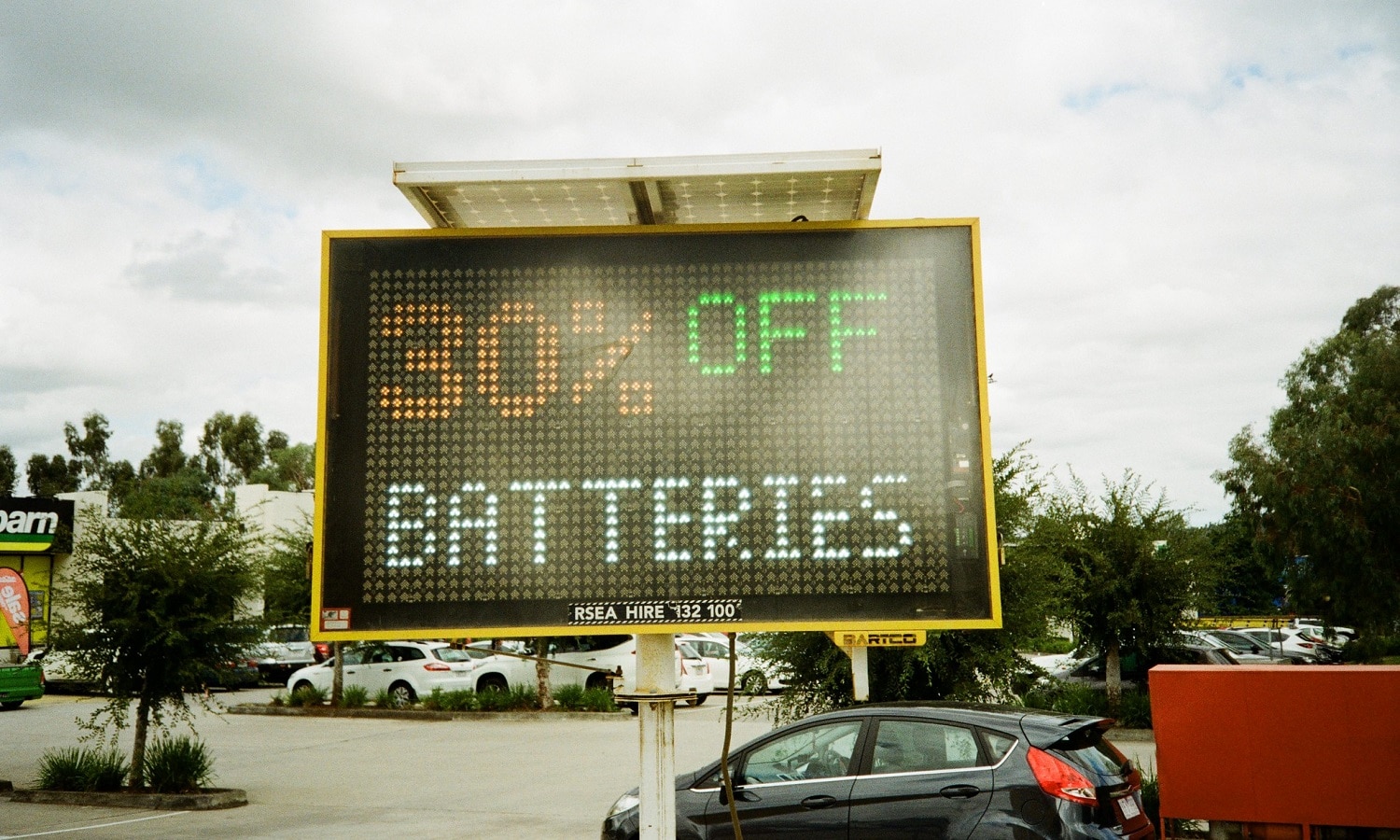 when to change it

Old car batteries they were giving signs that they were already nearing the end of their useful life. Unfortunately, many modern cars do not give advance warning and simply stop starting when you least expect it.

Note that it is normal that current batteries last about four years (the ones that come from the factory can last much longer). That way you won't be so surprised when the time comes. If you are going to change it yourself, it is worth having one prepared in advance.

If these notions do not apply to your situation, you can also check yourself what the current state of your battery is. As indicated in the following section.

Related article:
How to use a multimeter

How to check car battery

For, know exactly how much life your battery has left, there is very simple method. In the following video you can see how to check the battery status with a few simple steps:

As you can see, it is about measure the voltage of the battery after charging it. In addition to a quick review Alternator to rule out that the problem is in it and it never charges the battery well.

If you take the workshop to do the periodic checks, it is normal for them to inform you of the state of the battery. there you can make an informed decision. If that is not your case or you do not want to wait for the next visit to the mechanic, you can do it yourself with a multimeter. Anyone with the ability to measure low voltages is worth it, for example the one from neoteck or JZK. These are the steps to follow:

At any rate there are faults that can cause premature deterioration. For example, leaks caused by some equipment or component in poor condition. In the following video we show you how to check if your battery has energy losses that shorten its useful life:

Related article:
The best multimeters for your car

How to change the car battery

It is an operation that can normally be done by anyone, except in the most modern cars that require some more electronic details. In any case, in the following video you can see how it is done safely:

Or if you prefer it in writing, the steps to follow are:

Notice: There are models in which changing the battery is more complicated than in others. There are those that require recovering the configurations later, unless you have used a memory maintainer or similar. These devices maintain the power supply to the car while you change the battery.

Slightly older cars do not usually need a maintainer. It is common for several lights to come on on the dashboard when they are started, but they disappear when driving for a few seconds or minutes. They only tend to miss the radio tunes and little else.

There is an operation that is recommended to be carried out in cars with many years behind them or in which the battery has lasted a very short time: check the condition of the alternator. If it is in poor condition, it can charge the battery with too much voltage or not reach the minimum necessary to charge it well. In both cases the battery will be damaged in a short time. To do so, you have to carry out the same operation as in the How to check car batteryOnly with the engine running. The alternator will charge well if it gives a voltage between approximately 13,5 V and 14,5 V.

Related article:
How to detect current leaks in the car battery

Finally, we remind you that we must take the old battery that we have removed from our car to a Clean Point for can be recycled. Although in many workshops they take care of it if you take it to them. In this way we will ensure that we do not pollute the environment.

The content of the article adheres to our principles of editorial ethics. To report an error click here!.

How much is your car worth?
Do you want to know how much your car is worth? Are you thinking of selling it? We'll appraise your car for free and if you're interested, we'll also buy it for you.
FREE car appraisalAssess and sell car

It may interest you

News in your email

Receive the latest motoring news in your email