During these last seven days we have been testing the Toyota Aygo XCross. A small urban with crossover overtones, packed with technology focused on safety. Something to which we are accustomed Japanese brand, which fills its models with all kinds of driving aids, even in the most basic finishes.

Without going any further, the car we tested is the entry model called Play, with gearbox manual. The latter, associated with only engine available: the 70 gasoline, which is a small three-cylinder of 1.0 liter with 72 hp. The other option is to mount the CVT automatic gearbox, disbursing 1.350 euros more, which we will also discuss in the corresponding section because it is an interesting option.

Combining an A-segment urban, which tends to become cheaper with cuts in basic equipment, with such an arsenal of security technology, results in a car full of contrasts. So much so, that in the front seats it is clearly noticeable that it is a 2022 model, but if we change to back it seems that we are in the 90 years of the XNUMXth century. You can already see it from the outside if you look closely.

The Toyota Aygo X Cross measures Meters long 3,70, 1,74 meters wide, 1,51 meters high and has a wheelbase of 2,43 meters. That is to say, finding parking with this car will be really easy, because those 30 cm less than many cars in Segment B are very noticeable.

These proportions, added to the design of Aygo X Cross result in an original and attractive car. Especially since that long wheelbase in such a small car, that high nose and somewhat narrow windows give it a look very similar to concept which they presented at the beginning of 2021.

In the nose stands out the absence of a top grill, as in the rest of Toyota models. Thus, all engine ventilation enters through the large lower grille, which on this entry-level model is framed in matte black plastic. The same material they have used for those wheel arches that give it the crossover look that we mentioned before.

On the side there is a notch that comes out from the lower part of the bodywork and extends diagonally towards the rear door handle. What gives it a more dynamic aspect, although the engine is not in tune with it. In the sharp rear windows is where you can see a small detail that shows the lack of window regulators (neither manual nor electric): the small black circle of the compass-type opening, which only leaves a small lateral slit when opened.

Already in the rear stand out the large optical groups and the glazed surface, which covers much more than the rear window, to give the entire tailgate a brilliant appearance in black. In the lower part we find ourselves again with the same black plastic as the wheel arches and the absence of an exhaust pipe that appears in an obvious way. Although we remember that it is a gasoline engine no more, with the consequent sticker C green.

A simple interior of this Toyota Aygo X Cross

If we go inside the Aygo X Cross, the first thing that attracts attention is neither the steering wheel nor the instrument panel. The center touch screen, framed by an oval, is the one that takes center stage, making it very different from other competing models.

The result is a very simple interior. Only a 12V socket, another USB type and the conventional air conditioning controls are left out of this ovoid. If we made a video of this car, a bell would ring here accompanied by a green arrow pointing up, due to its easy handling without diverting attention from the road.

On the other hand, in the instrumentation the arrow would be red pointing downwards, to make it clear that it is a point that could be improved. On the Aygo X Cross it is extremely brief in size and information. It is a single circle indicating the speed at the top, with a small superimposed screen indicating the data from the on-board computer. Lacks temperature indicator and rev counter works with wildly inaccurate lights that come on in steps of 500 rpm.

Driving aids to spare for an urban

This simplicity disappears when looking at the steering wheel due to the lots of driving aids that we mentioned at the beginning. To control them, it has more than 10 buttons on each side. Although it is easy to get used to them and their handling is simple. In addition, the steering wheel is finished in imitation leather that is pleasant to the touch.

The driving aids that the Aygo X Cross has that are useful in the city are: the always practical rear view camera, the pre-collision system with pedestrian and cyclist detector, the emergency braking warning (which sometimes warns too many times) and hill start assist And if you want to go out on the road, aids such as: traffic sign recognition, high beam control, driver loss of attention alert and lane change assistance will be useful.

The materials used for everything are poor quality and they make it clear that it is one of those details that brands tend to neglect in Segment A cars. Even so, it must be recognized that everything is well assembled, without visible defects that spoil the overall vision. In addition, there are some customization extras such as red moldings, if the basic design is too bland for the owner.

The space in the front seats is enough for large people, both in height and width. Although if both occupants are large, the space between them will be scarce, as is usual in urban areas.

Second row of seats of the Aygo X Cross

If we go to rear seats, we notice that saving again, not only in the compass-type window opening, but also in the weight of the door itself. It seems to weigh just a couple of kilos when we pull it, both because of its composition without interior trim, and because of its small size. The latter is an inconvenience that leaves a somewhat awkward access, compared to cars in the segment immediately above.

Once inside the legroom is very limited. With the driver's seat set for me (I'm 1,86'1,60"), I don't fit in the back by much. Behind me only a person barely 1,74 meters would fit. We have done the test with other people and the passenger compartment leaves just enough space for 1,74 meters in front and 1,68 meters behind approximately. If you want to transport a baby in your seat, the passenger seat just in front can only admit a person up to approximately XNUMX meters.

At the wheel of the Toyota Aygo X Cross

If we start with the Aygo X Cross, the 1.0-liter three-cylinder engine is immediately noticeable due to the small vibrations it generates. Although it is absolutely within reason and it can even be said that it is still a quiet engine within its category.

As They cannot be expected, they are good capabilities, both for its 72 CV and for its 93 Nm of maximum torque. Although these figures do not matter as much as the fact that it is an atmospheric engine, which therefore pushes with all its power from very late in the rev counter. Specifically in this model it is when we reached a very high 4.400 rpm, so that what is capable of pushing is not a big thing.

For this reason, it is a car that we recommend if its use is going to be almost completely urban. If you drive on two-way roads you can forget about reliable and safe overtaking if you touch a slow truck, tractor or the frequent cyclists on many Spanish roads.

In what can be expected good results, and in fact he gets them, it is in the section of the consumptions. What's more, in the city it is easy to be close to 5,2 l/100 km, on the highway around 4 l/100 km but, what is more surprising, on the highway it is satisfied with only 4,8 l/100 km. Some expenses to boast of in the city and on slow roads, for not having any type of electrical assistance, but even more on fast roads, for achieving it despite going above 3.600 rpm to maintain 120 km/h.

These consumptions contribute: the tuning of the engine, clearly focused on fuel savings, and of course the 1.015 kg that the Toyota Aygo X Cross weighs. The latter, along with the soft steering, makes it feel very agile to circulate in traffic, although it is not a car designed to play between curves.

The Toyota Aygo X Cross is a perfect car for those looking for easy parking and many driving aids. Although it must be recognized that some of them are used more in cars more designed for the road. It is agile and easy to drive, although the latter would be completed with the CVT automatic transmission that we mentioned at the beginning, with which you can forget about the clutch on routes full of traffic lights and traffic jams.

In other side of the coin are they specific details of Segment ALike the compass-type opening rear windows, which can be a bit claustrophobic for some people, hard plastics all around, and front power windows but no one-click function.

The basic version we have tested part of the 14.500 euros which, despite the aforementioned defects, are justified by the security technology endowment that it includes as standard. At least considering that car prices have skyrocketed lately. If you want with automatic change you have to pay an invoice of 15.850 euros. The highest finish called Chic starts at 17.250 euros. 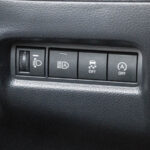 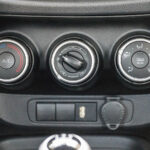 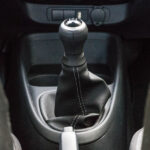 More information about this model

The content of the article adheres to our principles of editorial ethics. To report an error click here!.

How much is your car worth?
Do you want to know how much your car is worth? Are you thinking of selling it? We'll appraise your car for free and if you're interested, we'll also buy it for you.
FREE car appraisalAssess and sell car

It may interest you

News in your email

Receive the latest motoring news in your email